This psychological spread shows a person about their own mind. It is meant to provide clarity so you have a better picture of what you want out of life. Cards #3 and #4 show similar ideas, the difference being that #3 is more about fun things, and #4 is more about ambitions and what you want to achieve.

Your Self Analysis Reading 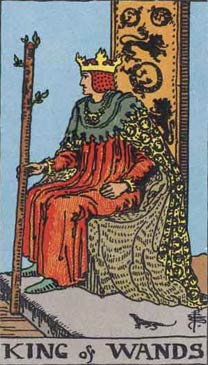 Where You Are In Life
King of Wands

The nature to which this card is attributed is dark, ardent, lithe, animated, impassioned, noble. The King uplifts a flowering wand, and wears what is called a cap of maintenance beneath his crown. He bears the symbol of the lion, which is emblazoned on the back of his throne. 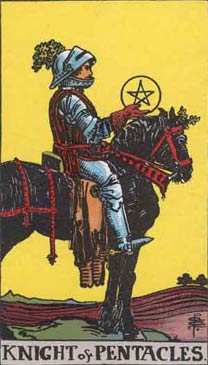 Your Primary Thoughts
Knight of Pentacles

He rides a slow but steady horse, which is just like him. He holds the pentacle, but does not look therein. 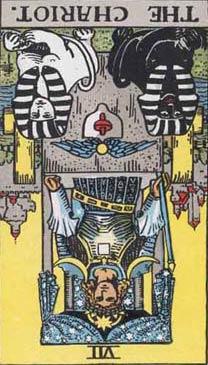 What You Desire
The Chariot

A stately figure drives a chariot pulled by a black and a white Sphinx. The canopy of his chariot is the night sky, emblazoned with stars. 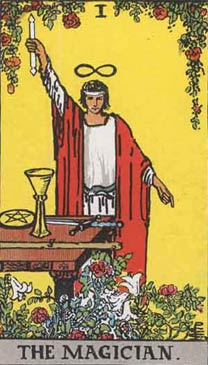 Your Goals
The Magician

A robed figure performs the act of ceremonial magic in order to direct his will to perform his desires. 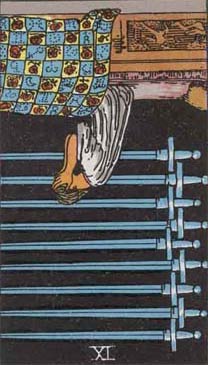 Your Future Deeds
9 of Swords

One seated on her couch in lamentation, with the swords over her. She is as one who knows no sorrow which is like unto hers. It is a card of utter desolation.